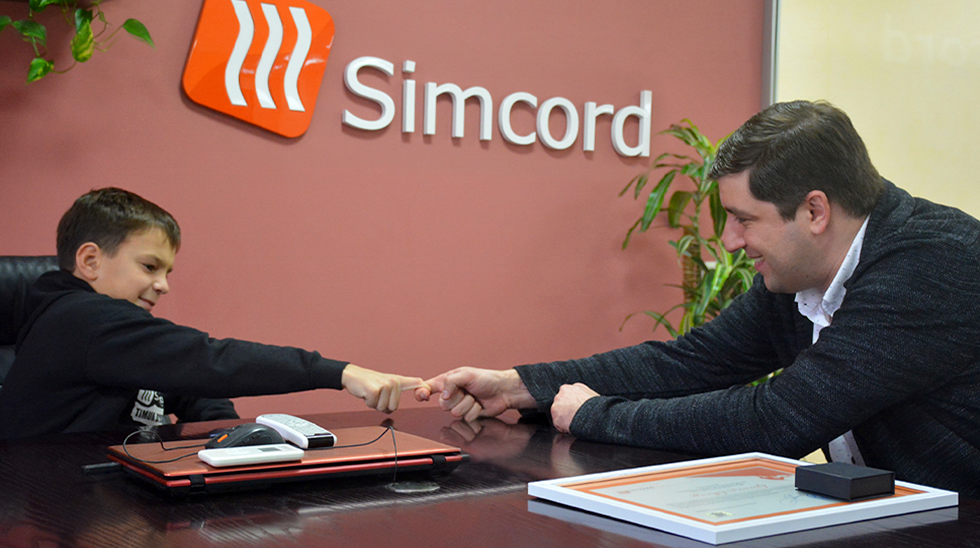 Simcord Company Has Made a Young Athlete’s Dream Come True

Sponsored by Alexander Kud, CEO of Simcord, Timur Diatlov, a surprisingly young champion of Ukraine, fulfilled his dream of participating in one of the most prestigious international climbing tournaments — Petzen Climbing Trophy.

At the age of only ten years, Timur is already a many-time champion of national and international climbing competitions, and it is clear that his talent cannot be denied. Liliia Samsonova, Timur’s coach and mentor, brought the boy to the sports group for the first time when he was just five years old. Coaches of the children’s group immediately noticed his superior abilities when Timur managed to climb up the climbing wall at the first attempt although his peers needed over a year to do that. So, next time, the future champion of Ukraine trained already with older kids. 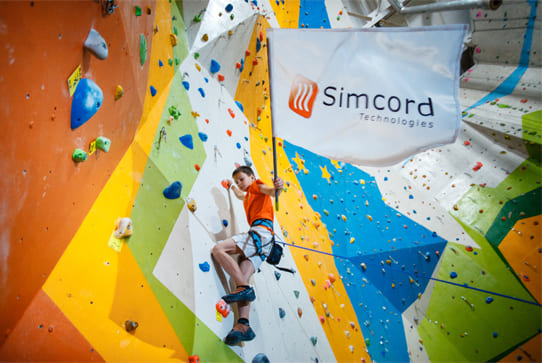 It is hard to believe, but the ten-year-old boy has already been climbing for five years and has participated in competitions since he was seven years old. At that age, Timur arrived to the national competitions for the first time.

He didn’t waste any time and right away took the third place. Timur didn’t have to wait long to become the champion of Ukraine — one year later, he took gold in bouldering. Having reached a qualitatively new level, Timur began conquering international tournaments. The Carpathian Cup in Romania was the first competition abroad for a young talent from Kharkiv.

His competitors were very strong, and some referees inflated their fellow countrymen’s score marks, however, Timur saw only the ultimate goal — obtaining the first gold in an international championship in his career. As a result, he won the tournament in Bucharest.

The appetite comes while eating, and the young champion set his sights on one of the most prestigious international climbing tournaments — Petzen Climbing Trophy, which is held every year in Austria.

Regular participation in such tournaments implies significant costs to parents because the Ministry of Youth and Sports of Ukraine sponsors young athletes only after the age of twelve and mainly those participating in national competitions. Financial support for international championships is provided on a private basis, and only a few people are able to receive it. 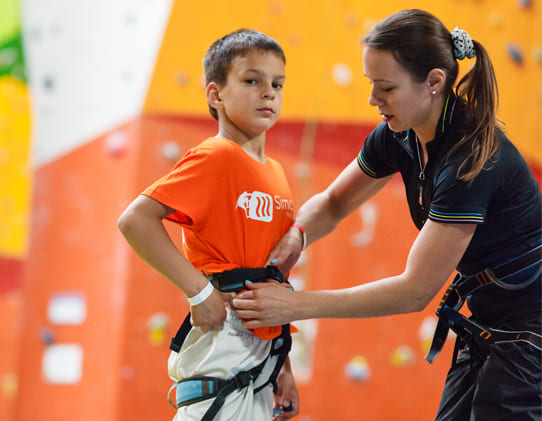 The person who supports the child prodigy the most is his mother, Elita Goncharova. She helps him with school work, accompanies him to competitions and supports him at practice not only morally, but physically as well — while Timur climbs up another climbing wall, his mother stands on the ground closely monitoring his every move and watching out for him.

This time was not an exception. Trying to make Timur’s dream reality, his mother sent presentation letters to several foundations and companies asking them to support the young talent.

Simcord was the first company, which responded positively to Elita’s letter. Alexander Kud, the founder and CEO of the Company, personally contacted Timur’s mother and offered to sponsor the boy’s participation in the tournament in Austria. After the competition of his dream, the prodigy climber came to Simcord headquarters where he was awarded an exclusive golden badge with the Company logo. Timur also didn’t come empty-handed and gave a small token of appreciation to the CEO of Simcord for the provided assistance.

Support of young and promising talents is one of the social projects in which Simcord Company actively participates. 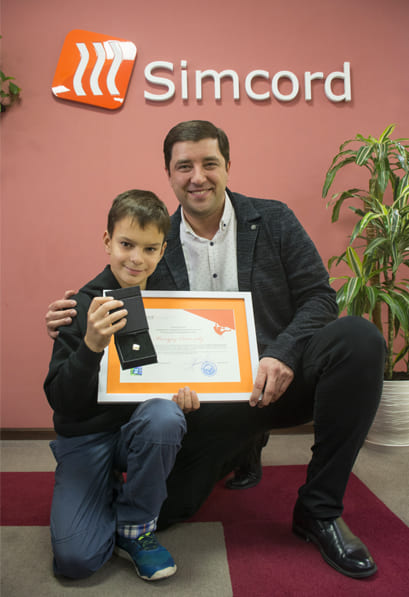