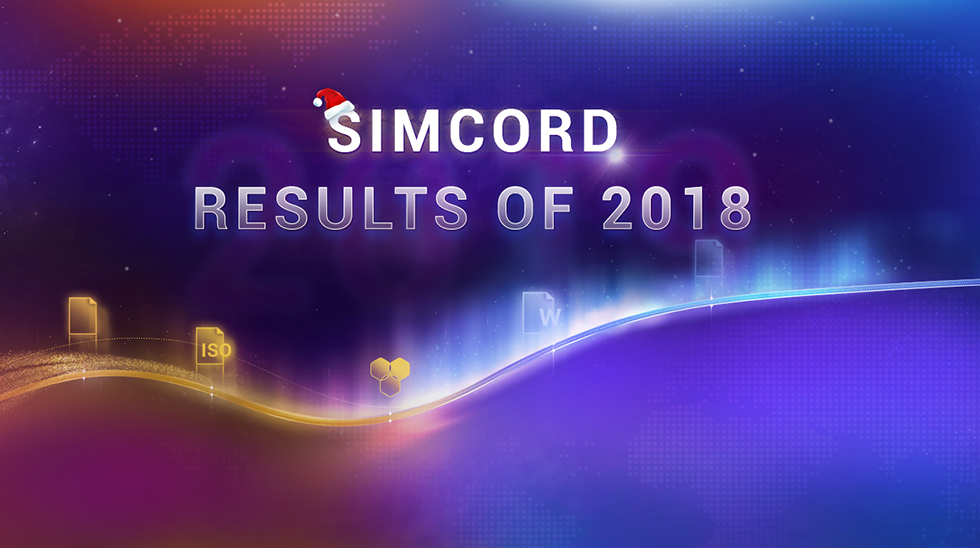 Simcord Company summarizes the year past and shares expectations of the year ahead.

The year 2018 was filled with all kinds of important events for Simcord Company. This was the year when the Bitbon System was launched. March 10, 2018 is a historic date and is recorded in the Bitbon System Public Contract, which is an official agreement, a kind of a constitutional document, for the entire System and its Users.

Other important mechanisms and components of the Bitbon System that were launched include the Bit Trade Exchange of Digital Assets and the Bitbon Space mobile app. We published the Bitbon System White Paper with detailed description of the System’s development strategy so that everyone could see its possibilities and prospects for themselves.

Another key stage of the Company’s development, crowdsale, took place, the results of which showed that people from various countries are no longer simply interested in the Bitbon System, but strive to become its Users, because it provides something that modern society so desperately needs — reliability, transparency of economic relations and clarity of processes within the System.

The Simcord Innovation Technologies 2019 event once again gathered many like-minded people from all over the world. The hall was packed, and the participants were shown new types of activities within the Bitbon System: Contributing and mining.

This year, the Bitbon System continued to strengthen its position at the international level. Simcord Company participated in the German-Ukrainian economic forum “Kharkiv — Development and Investments”, blockchain conference “Decenter Cryptoevent Moscow 2018”, as well as many other international events dedicated to digital economy. We organized and conducted a series of international information briefings on the Bitbon System and its key components. The results of these briefings indicate a high level of interest and trust towards the Bitbon System.

Simcord Company successfully passed the ISO 9001:2015 quality management system certification, and this confirms management competence and its focus on implementation of the current international quality management standards. Now Simcord is certified in research and development in the field of development and production of high load blockchain-based software solutions. 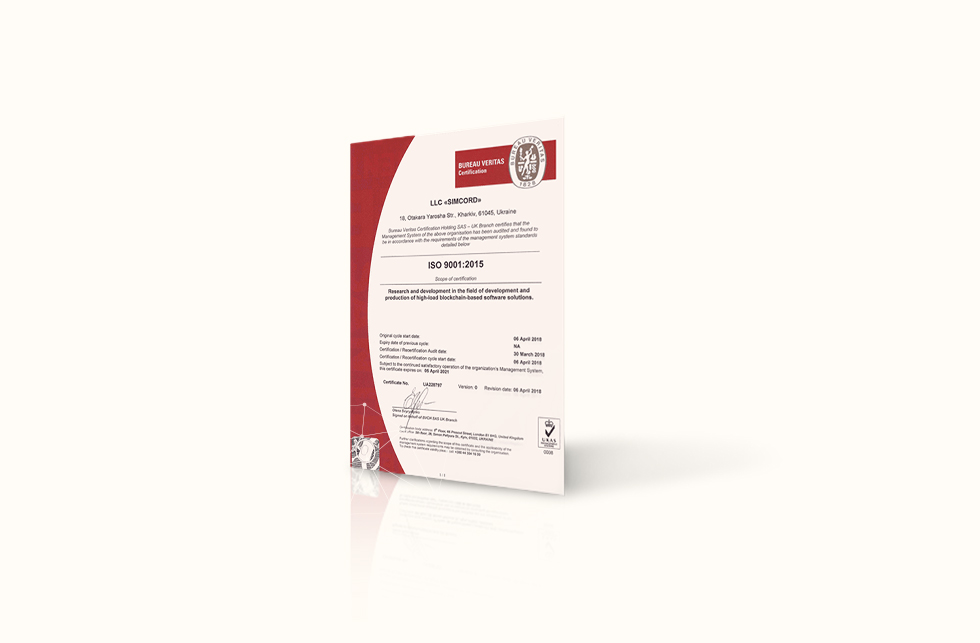 We would like to point out that another important document will become the legal basis of the Bitbon System — a scientific and legal opinion of the National Academy of Legal Sciences of Ukraine on the subject “Legal Nature of the Bitbon System’s Functioning”, the work on which started in 2018. This document will strengthen the legal status of Bitbon at the international level.

To continue on the subject of strengthening the international status of the Company, it is important to mention the registration of our Trademarks and patents in the following countries: Australia, Great Britain, Germany, Switzerland, France, Spain, Italy, Denmark, China, Kazakhstan, New Zealand… and we are not going to stop here.

The Bitbon System has been launched, which means that the coming year will bring even more interesting projects and discoveries.

Of course, Simcord Company will pay special attention to its main priority — the Bitbon System:

Moreover, the Company’s specialists will work on expanding the availability of purchasing and selling Bitbons on various exchanges worldwide, along with launching a set of international promotion mechanisms for the Bitbon System: all forms of marketing ranging from the idea itself to the complete solution, the use of the latest tools, methods and technologies… There is no way you will miss it.

Of course, such a large-scale work requires significant expansion of Simcord structural subdivisions. It means that specialists in various fields, who share our ideas, will join our Company. This journey will not only be interesting and progressive, but may also become the only path towards the evolution of human society as a whole.

Remember that by changing the way you think — you change your life, when your life changes — the world changes.