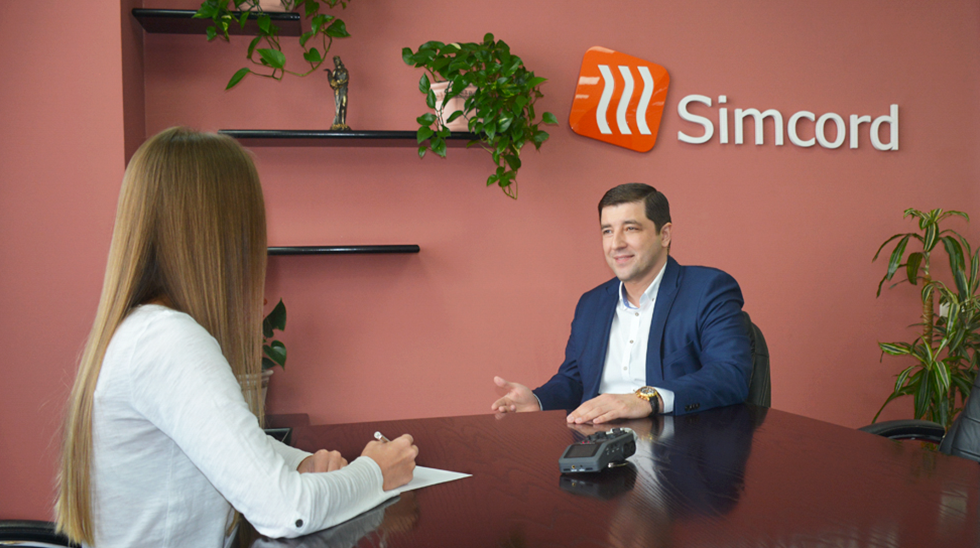 Current trends in computerization and informatization in many respects influence changes that occur in the system of economic relations between citizens of individual states and the whole world. Digital developments, which replace the traditional classic financial systems, hold a special place in these transformations, making their functioning simpler, more transparent and convenient, and the information storage — reliable and safe. Today, the main ideologist and author of the Bitbon System concept Alexander Kud will tell us about one of these developments.

Alexander, let’s go back to that period when you decided to create your own economic platform. Tell us how it was, and what was your main motivation?

Since 2001, I have been focused on financial studies and development of high-tech software solutions in the field of capital management. On the one hand, since 2009 I observed the incredible rates of the Blockchain development and popularization in the financial industry and could objectively assess possible disadvantages of the existing crypto currencies. On the other hand, after the Blockchain industry has chosen the main vector of its development by 2015, I studied all the important developments dedicated to the Blockchain, and I have made a firm decision to start developing a more advanced decentralized system that would become an answer to many objections about the unbacked nature of digital currencies. Thus, the Bitbon System has been developed to solve issues on crypto assets backing and to create a modern mechanism for registering and managing property rights to Assets.

In your opinion, what will influence the implementation of the above-mentioned goal?

Firstly, for 17 years of our Company existence, we have gained tremendous experience in developing high-load software solutions related to the financial field. And secondly, it is worth mentioning our research results in the field of jurisprudence. I would like to say that all developments are conducted within the framework of international law. Thus, as of today, Simcord has two internationally registered patents, and the third one is under consideration in the United States. These patents are related to three main areas, which in the next 10 years will be intensively developed on the basis of the Blockchain technology.

Please tell us more about these patents.

The first patent is related to management of property rights; the second — to transfer of digital values. The third patent describes a fundamentally new type of investment and management of shares and rights in business, which is called Contributing. I would like to emphasize that this is a completely new kind of activity. It is only emerging now in the era of the new digital economy, and in future, it will replace already obsolete investment models.

What is the Bitbon System today?

You can find a lot of information on the official Internet resources dedicated to the Bitbon System. I can repeat its basic definition and explain it additionally in order to help you to understand the core features of the Bitbon System. I think this will be sufficient to give the reader a general idea of our project.

The Bitbon System is an integral decentralized system based on the Blockchain technology, which is basically a platform for implementing Contributing under the terms and conditions of Projectbon Public Contracts of various projects and managing legal relations between the Bitbon System Users, the key component of which is Bitbon.

People should understand that the Bitbon System is a platform, not a crypto currency. Bitbon is an important component in this System, using which the Bitbon System Participants interact. By itself, Bitbon can be transferred, exchanged for other types of Assets, sold and bought on exchanges in order to participate in Contributing, or simply it can be used as an Asset for storing own funds, for purchasing in online stores and trading centers by means of a payment system, and can also be used in various areas of business activity.

Due to its backing, which we managed to achieve by means of the mechanisms laid down in Bitbon, our financial instrument has the feature of constant capitalization provided by the Capitalization Fund, which has a positive impact on its market liquidity and pricing.

The uniqueness of the Bitbon System and interaction principles of its components determined introduction of new terms — “Contractat”, “Contributing” and “Contributor”. What do they mean?

Let’s start with the beginning. Any company or individual (entrepreneur) that needs funds to implement his or her business project can be called a Contractat. He/she initiates creation of the Projectbon Public Contract in the Bitbon System with a detailed description of his/her own project, and the capitalization of his/her business idea is performed due to the numerous Partners (Contributors) whose rights, including the one to receive income from the project, are guaranteed by the Projectbon Public Contract of a specific project.

Contributing is a type of activity aimed at receiving additional income by the Bitbon System User from his/her participation in the implementation of business projects, which he/she selects independently. Contributing starts when the System User exchanges his/her available Bitbons for Projectbons of any project. Accordingly, the User, who is engaged in Contributing, receives the Contributor status.

What does his/her income depend on?

The Contributor’s additional income is directly proportional to his/her share participation in a specific project. The income from Contributing is completely at the Contributor’s disposal at any stage of the business project implementation.

Can a Bitbon System User be a Contributor for several projects simultaneously, or are there any restrictions?

What are the main principles of the Bitbon System functioning? What processes are laid down in its functioning?

The functioning of the Bitbon System is built around the Blockchain technology. This ensures a decentralized management principle, the security of data storage and allows each System Participant to freely obtain information on Bitbon issuing, transfer, splitting of nominal value, and other operations with Bitbons. Thus, the nature of the Blockchain excludes the hacking threats; meanwhile cryptographic methods used for the purposes of confidentiality and protection provide the highest possible stability.

So, as far as I understand, the Bitbon System Users store their Bitbons or Projectbons in electronic wallets. Am I right?

Basically, yes, you are. By means of the functionality and mechanisms laid down in the Bitbon System, its Participants can use an Assetbox (so-called digital wallet) to store or transfer Bitbons and Projectbons to each other. All transactions within the System are recorded in the Blockchain. This ensures security and transparent interaction of the Participants, creating a high level of confidence in the Bitbon System.

Alexander, tell us how is the interaction between the System Participants regulated, since each party can understand the terms of the transaction in its own way?

Contributing, as a type of activity of Contributors, is possible only within the framework of the Bitbon System. It is carried out under a certain scenario described in a special document — the Projectbon Public Contract of each specific project, which is prepared by the Bitup-Agency for the Contractat. The Projectbon Public Contract stipulates how Projectbons are issued, transferred and backed, how all Participants can implement the project and Contributors can receive income from participation in the project. The Blockchain technology will not allow the Participants to modify the plan of actions agreed to implement the project. It is worth mentioning that the income received from Contributing by all Participants is designated in Bitbons, which they can use at their sole discretion, including Bitbon exchange for traditional money.

In the context of your question, I will additionally specify the special role of a Bitup-Agency. This is a Bitbon System Participant, which has the unique right to decide whether to admit or not the project to the IBO (Initial Business Offering, ed.), and, if the project is accepted, to supervise its implementation in the Bitbon Projectbon Public Contract of a specific project. In other words, the Bitup-Agency represents and protects the Contributors’ interests.

You advertise Bitbon as a backed financial instrument, and how is it backed?

The fundamental feature of Bitbon, which we have used to lay down a solid foundation in terms of reliability and unlimited potential for application, is its full backing by a certain part of property rights to Assets. This concept was realized precisely due to the mechanisms of automatic Contributing of the Bitbon Capitalization Fund in the interests of all Bitbon System Users according to Clause 27 of the Bitbon System Public Contract, which you can find on the official website. At the same time Assets can be any value — from movable or immovable property up to intellectual property. Therefore, Bitbon has a real value, which is formed based on the value of various types of Assets included in it and the prospects of their development.

And yet, how does your financial instrument differ from any other digital currency implemented on the Blockchain basis?

Our development combines all the properties of crypto asset, which, in its turn, is based on the classic properties of crypto currency. All this is embodied in Bitbon, i.e. a Crypto Value, which is based on 17 properties that make up the integral system and allows determining the value of any property and has a process organization function, as it is a key component of the Bitbon System. Such a model allows each User to profitably and safely exercise his/her right to own and dispose of such a value, which is based on the potential for the development of global social significance in all spheres of public life.

At the moment, there is a heated debate regarding the crypto currency market regulation at the legislative level. How are you going to solve or, perhaps, have already solved this completely ambiguous question?

The subject of regulation is really relevant, but in our case everything is clear. Legislative regulation of Bitbon is carried out exclusively in the legal field of the state, the taxpayer of which is the Bitbon System Participant, and at the same time ensures the transparency of all processes and interaction of all its Participants. Due to the laid-down functioning principle, the owners of Assets and the Bitbon System Participants have the opportunity to establish and control their legal relationships with the possibility of having in circulation only the right to acquire property rights to Assets. This means that the property itself remains in the ownership of its owner on the terms stipulated in the Projectbon Public Contract of each project separately.

And in conclusion I would like to sum up all the said above. Alexander, what is your vision of Bitbon in the long-term perspective?

Simcord Company sets global goals. Therefore, in the long-term perspective, I consider Bitbon as the optimal tool for management, evaluation and measurement of the cost of any type of value that will be a strong support for the emergence of a common world database updated in a real-time mode and containing objective information on all Assets and resources available to the global economy. This, in its turn, will result in emergence of new methods of analysis, based on accurate mathematical calculations of the rational use of all resources for the most effective management of the human society development.