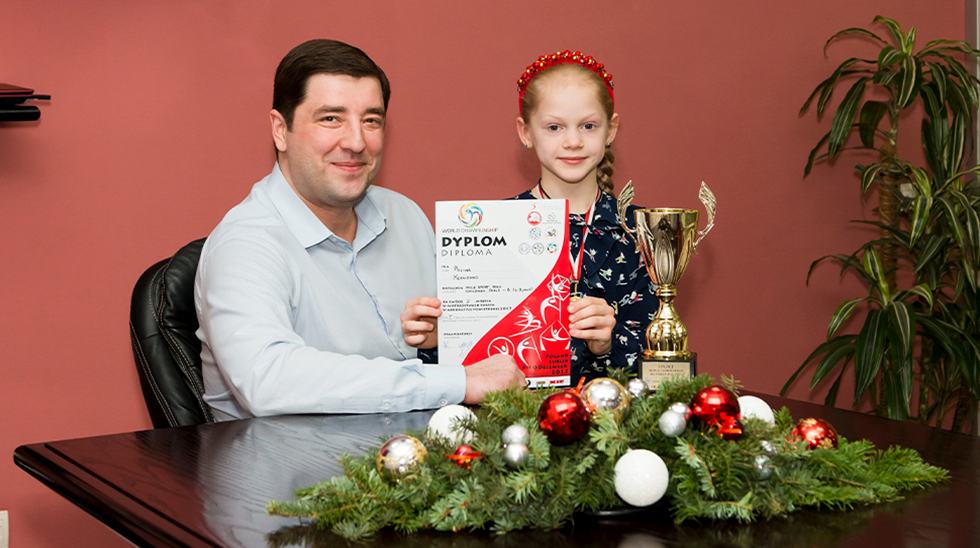 Polina Korniienko is a world champion and a vice-champion of Europe in air power athletics, gets high grades, likes sweets and doesn’t like to skip school.

After a triumphant performance at the World Air Power Athletics Championship in the Polish city of Lublin, Polina and her father came to Simcord headquarters where Alexander Kud gave her valuable and memorable gifts.

Inspired by participants of the TV show “Ukraine’s Got Talent”, the young athlete from Kharkiv began to combine pole sport and rhythmic gymnastics less than a year ago but has already achieved overwhelming success in the new type of sport. Pole sport is a new direction in air power athletics that combines acrobatic, gymnastic and power elements from rhythmic and sport gymnastics.

Polina’s career in this sport is like a plot of a Hollywood movie. One month after her first training, she was already on her way to the first international competition where she became the champion of Ukraine. A few months later, Polina’s parents found out that their daughter was selected to the Ukrainian national air power athletics team in the age category 6–9 years. But that would not be enough for a classic Hollywood script.

As a member of the national team, Polina went to the European championship in Trenčín. The competition format implies division of participants into two categories: A — participants without sports experience and B — athletes who were involved in other sports. 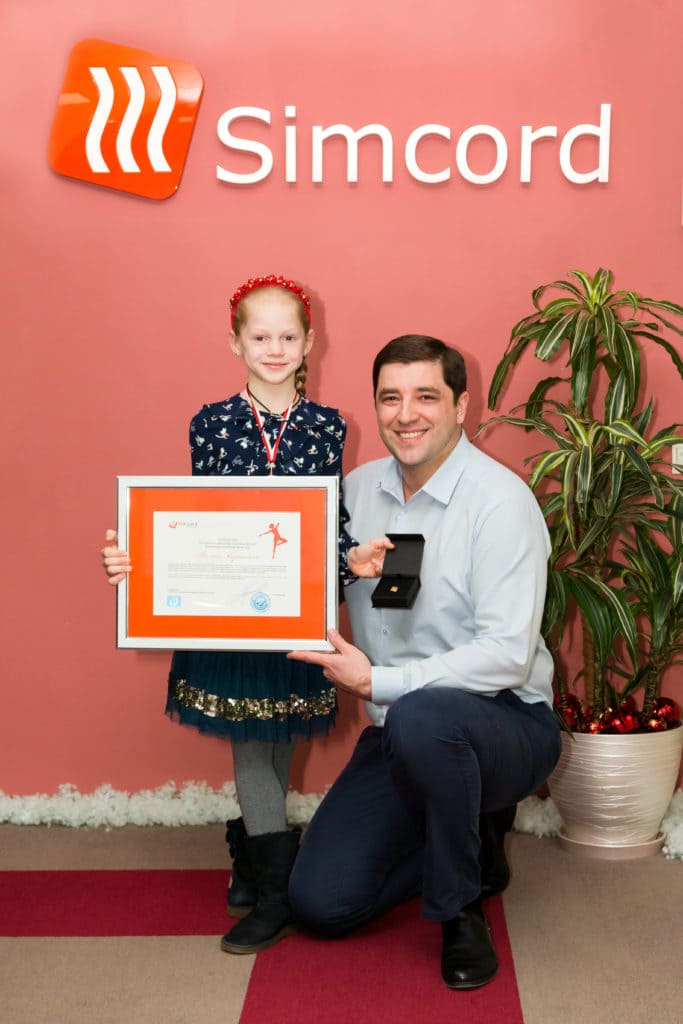 It was almost impossible not to notice Polina’s participation in rhythmic gymnastics competitions — at the age of only eight years, the young athlete has 38 different medals! It is not hard to guess in which category the young girl from Kharkiv was placed. In the European championship, Polina won her first silver medal in pole sport and later was invited to represent Ukraine at the World Championship.

International competitions are often held only a few months apart; participation in them implies significant costs. When Simcord learned about it, the Company offered the promising young athlete financial support. Thus, the girl secured the support of her main sponsor and went on to conquer the World Championship. 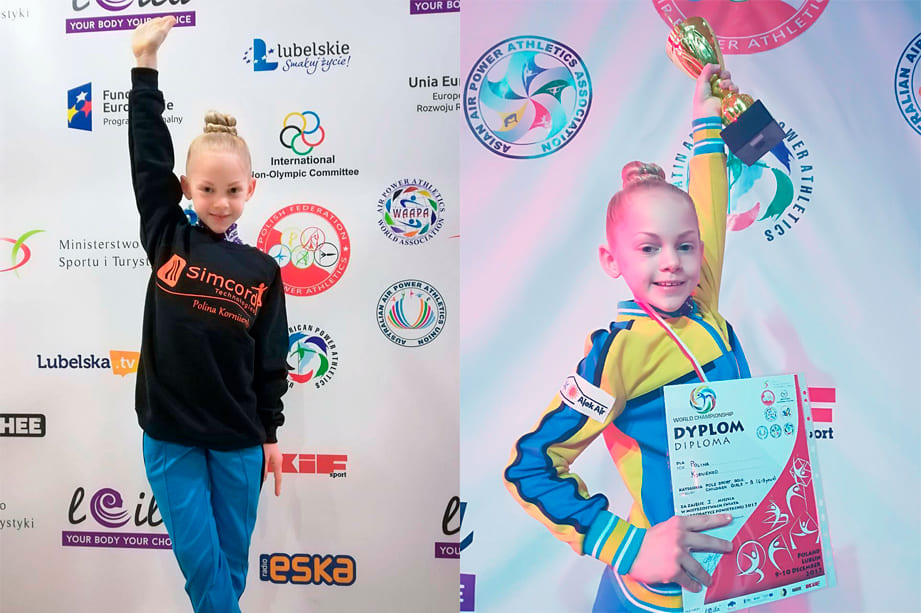 When Polina arrived to the World Air Power Athletics Championship, she already held the title of the European vice-champion. There were high expectations and much excitement. But, in addition to exciting moments, such as butterflies in the stomach before the competition, performance in front of an audience, hundreds of photo and video cameras, Polina had a curious incident.

Just before the athlete’s performance, the jury members decided that her athletic swimwear didn’t meet the requirements of the tournament and asked Polina to change it. Taking into account the circumstances and the tight schedule, the triumphant performance could not have happened at all.

Fortunately, the girl’s spirit could not be tamed. The swimsuit was replaced, and Polina remained on the list of participants. Then, she came out, performed to the song “Elements” by Lindsey Stirling and became the world champion. The rest is history. It’s a happy end to a real sports drama, isn’t it? And it seems that it will be continued… 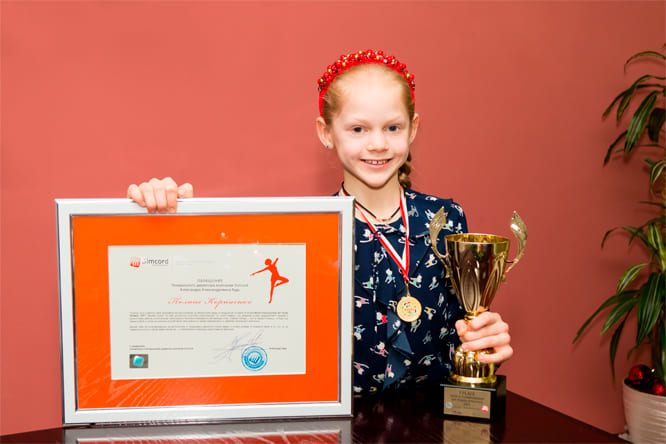 P.S. After a successful performance at the World Championship, one of the central television channels took an active interest in the story of Polina Korniienko, the young champion from Kharkiv.